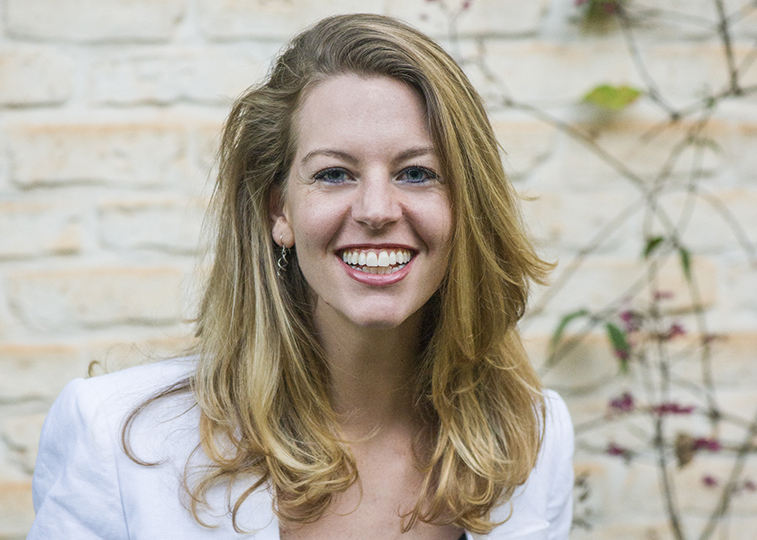 Laurie Pickard, author of Don’t Pay For Your MBA

In late 2013, Laurie Pickard started an ambitious experiment – she planned to complete an MBA for less than $1,000. She would do it all online through MOOCs while living in Kigali, Rwanda.

Four years, a popular blog, an international move, and a set of twins later, Pickard completed her experiment and documented it in her book, “Don’t Pay for Your MBA: The Faster, Cheaper, Better Way to Get the Business Education You Need.” The book combines the lessons Laurie learned firsthand and documented in her blog, “No-Pay MBA,” with personal anecdotes collected from a community that formed around the blog.

Those looking to pursue a non-traditional MBA will find value in its step-by-step guides that meticulously document everything from setting a budget to sample core curricula to tactics for maintaining motivation. Pickard describes her audience as people on the fence about an MBA and those who’ve ruled the degree out as too costly and time-consuming. “This is a reference book for those people so they have the tools to go out and do what’s freely out there — to assemble their own business education that works for them,” Pickard explains. Similar to how MOOCs further democratized education, Pickard says the book aims to demystify business education. “The MBA title is impressive, and it can be intimidating for people, especially if they work with a lot of people with MBAs, where the MBA is kind of a currency, so I think it’s really helpful for people to have an overview of what this education is,” she says. “To be able to pick that apart and to know what is really in it and to be able to choose the pieces that you really want …that is something valuable,” she explains.

This unbundling of business education marks a broader, more profound shift, according to Pickard. “We are poised on the brink of an Education Revolution that will transform the world and work opportunities every bit as much as the Industrial and Information Revolutions did,” she writes in the book.

When asked to expand, she lays out the traditional education system, where learners tend to frontload their education at the outset of their career, replying on those same skills, even as the workplace changes around them. “I think [education] is going to fundamentally change to match the demands of the modern workplace,” Pickard says. “The ability to add to your repertoire throughout your career is exceedingly important. I don’t know that MOOCs and the like are going to signal the end of college … but I do know that you are already seeing people layering skills onto their formal education using online courses and whatever they find, and I think we’re going to see more of that.”

In the book, readers are introduced to professionals from a wide variety of backgrounds who are following Pickard’s footsteps. These include Kristof, a Belgian banker repositioning himself for new opportunities after the 2008 financial crisis; Ellen, an opera singer-turned-management professional; and Andy a senior scientist who found he could complement his work in biology with business expertise.

The different personalities allude to the reach and diversity of students interested in non-traditional business education. The widespread appeal may be due in part to what Pickard identifies as the eroding value of the MBA. According to Pickard, “the easy availability of information, the fast-changing workplace, and the shifting importance of traditional degrees” have all led to the devaluation of the traditional business degree. These factors, combined with the average debt of an MBA (more than $100,000 at many top-tier schools) have pushed professionals from all backgrounds to reconsider B-school as a logical next step.

Mooc providers are also getting savvier and making their options more appealing to prospective students. EdX has launched a MicroMasters credentialing program so that students can better brand themselves to future employers – and have something to list on their LinkedIn profile. Columbia University, the University of Pennsylvania, and MIT are among the schools the participating in EdX’s program.

Some universities are even embracing the online trend in their bricks-and-mortar diploma programs. Recently MIT and Georgia Tech started offering select courses through MOOCs, the same ones open to the general public.

Pickard is the first to admit that MOOCs haven’t mastered everything, particularly the community element. She points out that as providers became more focused on the bottom line and a viable business model, courses with fixed start and end dates disappeared. “I think the platforms found that having courses that are always available attracts a lot more users because you can just start anytime, but that meant the community was lost because you didn’t have a set of 10 or 20 or 50,000 people all taking courses together – so the community side of it feels lacking to me, and it still does,” Pickard says.

The book provides several strategies for building a learning community, but Pickard acknowledges that it’s not easy. She tested a fee-based community and support package around her blog to address the problem, but it never really took off. “It gave me a lot of insight into why these kinds of communities around learning are not very easy to monetize, but it didn’t dampen my enthusiasm or my belief that this is an important part of learning that is much harder to replicate online than some of the other aspects,” she says.

Pickard recognizes that her self-guided program is not right for everyone. MOOCs have long been dogged by low completion rates. A four-year survey of HarvardX and MITx MOOCs, found that only 10% of participants received a certification of completion. Pickard knows around 20 people in her network who have completed the full No-Pay MBA program, though she estimates more have done it independently. The first chapter in her book identifies a set of traits that correlate with program success: entrepreneurial, learning-oriented, and professional. One might also add extremely self-disciplined.

But for Pickard, users don’t need to complete a full MBA, online or otherwise, to derive value from the program. She points out that though she’s technically completed more credit hours than required for a traditional MBA, she’s likely to continue taking courses throughout her life. “When you’ve studied something intensively, you hit this peak at the end of studying where you have all this knowledge … if you don’t use that knowledge, it starts degrade over time,” she explains. “So there’s something very nice about saying, ‘You know what, if I want to go back and take that finance course again because I need the information that was in it, I’ll go back and take it again.”

She also points out that by design an MBA provides a compressive, big-picture view of the business world, though that type thinking isn’t particularly applicable until the upper levels of management. By postponing the 360-degree MBA education, professionals can pick it up when it’s most applicable. “What I envision is a model that’s flipped on its head, where you can pursue that big-picture thinking at your own pace or in your own way, on your own schedule … and you can continue to refresh and refine your big-picture thinking throughout your career, rather than just getting a great fusion of that early on,” Pickard explains.

If it sounds as though Picard is against the MBA, that’s not entirely true.  She points out that people following a very traditional business career path benefit from the degree. She also steers people looking to change multiple variables at once — such as job title, company, function, and location — towards business school. “But if you have any of those pieces already set, it doesn’t make sense to invest so much money to make a big change … if you’re not actually making a big change,” she qualifies.

‘I’M NOT TRYING TO SUGGEST THAT EVERYTHING SHOULD BE FREE’

She also finds value in education. “I’m not trying to suggest that everything should be free and that nobody should ever pay for anything, but I do think that people need to be extremely discerning about what they do pay for because the information is out there,” she explains.

Of course that leaves the looming question of when an MBA is actually worth paying for. Pickard takes a stab at the answer: “If what you want is just an education for your own edification, that’s a wonderful thing, but you don’t need to pay for that. If what you want is something that’s going to help you get your next job, there may be a way to do that without spending tens of thousands of dollars … maybe it’s worth it to take that route first, or maybe it’s worth it to take only that route.”

DON’T MISS: THE BEST MOOCS IN BUSINESS STARTING IN NOVEMBER