It’s a 21st Century paradox: undergraduate education costs have driven student debt up so high that the prospect of incurring additional debt for a graduate degree – even if it will add to future earning power – can strike terror into the bravest heart. But this is a fear of the unknown – a concern that even with improved career and income prospects from a second degree, the tremendous difficulty of digging out from beneath the burden of money owed will persist long into the future.

Now, education lender SoFi has crunched data on 200,000 of its loan applicants, and produced findings that provide an antidote to fear based on uncertain outcomes, and can facilitate effective decision-making about whether getting a graduate degree makes financial sense.

The stakes are ever higher. The Wall Street Journal reported in May that U.S. college graduates this year were leaving school with the highest student debt in history – $35,000, up 75% from $20,000 a decade ago. Is it prudent to add even more debt, in hopes that a graduate degree will increase earning potential to the point that student debt becomes less consequential? 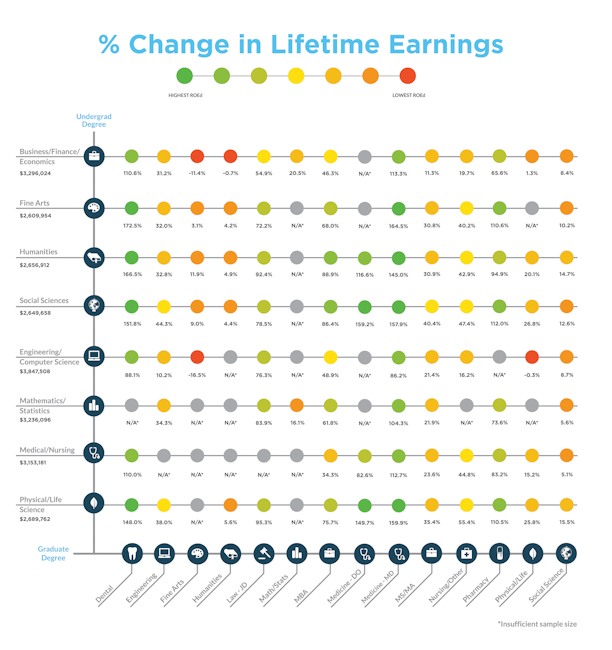 The answer depends, of course, on the degrees involved. A master of fine arts degree may deliver a 12%  lifetime earnings bump for a humanities undergrad, but add the MFA to an undergraduate business degree, and lifetime earnings fall by 11%.