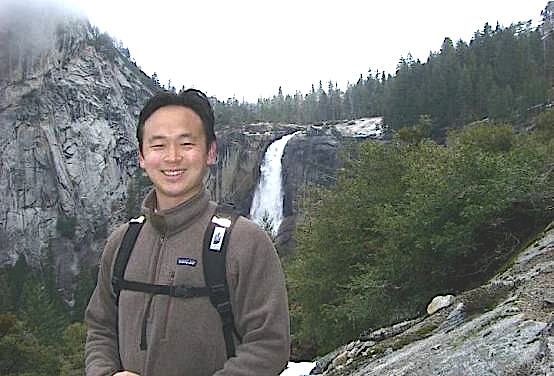 Hansoo Lee graduated from Berkeley’s Haas School with passion, drive and a vision for both his co-founder and company, Magoosh

It was just a few days before Christmas in 2011 when Bhavin Parikh got the email he will never forget. He was on his way to a family dinner in Massachusetts when the message popped into the inbox on his smartphone. It was from his good friend and business partner Hansoo Lee in Berkeley, CA.

The two were recent MBA graduates from the Haas School of Business at UC-Berkeley who together founded Magoosh, an online test prep company.

With those simple yet startling words, Parikh’s whole world came crashing down. Lee was the last person he could ever imagine falling ill. His 33-year-old partner rarely smoked. He was fit, active, and full of life. From the very first time they met at Haas as incoming MBA students in 2008, Lee impressed him as a bright and daring young man with a driving ambition and a relentless focus on wanting to become an entrepreneur.

LEE WAS THE EXTROVERTED LEADER, PARIKH WAS THE QUIET, CONTEMPLATIVE ONE

In their fledgling Internet business, Lee was the extroverted leader, an expansive visionary who was always thinking big. In contrast, Parikh was the quiet, contemplative one, the sometimes reluctant, always soft-spoken conservative who often had to be, in his own words, “dragged, kicking and screaming” through the more ambitious objectives pushed by Lee.

By the time Parikh returned to the West Coast, his friend would be forced to give up his active role at their company, and Parikh would be stretched as a leader and as a friend. When Lee was diagnosed, Parikh was deeply concerned about the long-term viability of their business. Magoosh was burning through cash, with month after month of negative cash flow.

And now Parikh was fast losing the friend and partner who convinced him to the startup in the first place. The day-to-day interactions that defined their working relationship would devolve into weekly strolls around Berkeley, then monthly phone calls, and finally an occasional email. Some 15 months later, on March 4, 2013, Lee would pass away, a victim of complications from his Stage IV lung cancer.

THE CO-FOUNDERS MET AT BERKELEY’S HAAS SCHOOL OF BUSINESS

If Lee were alive today, he would be proud of his partner and the business they created together. He would also be thrilled to know that his friend can still hear his voice, exhorting him to move faster and bolder, to offset his more natural tendency to play it safe.

The pair first met in 2008 at an admit weekend at the Haas School of Business at the University of California at Berkeley. Lee, then 30, was about to leave Wal-Mart.com where he was a senior manager of logistics, strategy, and planning to get his MBA degree. An Amherst grad born to Korean parents and raised in Florida, Lee had already been the first employee at an Internet startup and knew he wanted to create his own business. Parikh, then 26, had spent five years as a senior consultant at Deloitte after graduating from Duke University. Parikh, raised in Pittsburgh, wasn’t sure what he would do with his MBA but loved working for Deloitte out of the firm’s offices in Philadelphia.

When the two reported to campus in August of 2008, they found themselves in the same cohort of 60 incoming MBA students. They also ended up working together on a case competition involving technology and healthcare. “We did this case together and it was okay,” recalls Parikh. “Nothing really came of it.” Except one thing: They met another MBA student, Pejman Pour-Moezzi, who would bring them a big idea.

“He said, ‘Hey, I’m working on something,” says Parikh. “”I’d like to show you guys to see if you would be interested.’ That was half way through the first semester.”