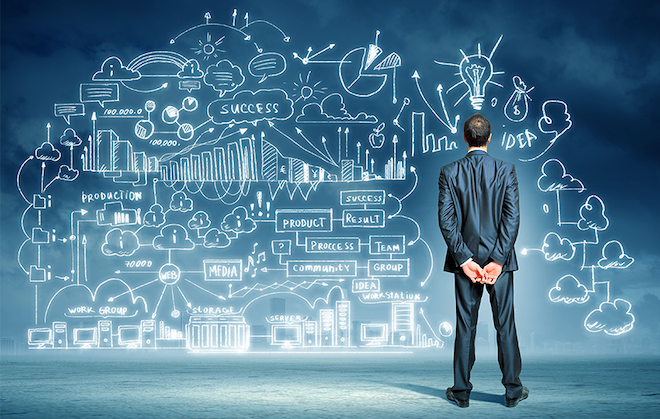 When you think “entrepreneurship,” certain schools leap to mind.

Stanford GSB sits in the heart of Silicon Valley. Babson College has been U.S. News‘ number-one for more than a quarter-century. Washington Olin in St. Louis is Poets&Quants‘ number one this year, as it was in our inaugural ranking in 2019. Abroad, Spain is home to a pair of well-known startup incubators in ESADE and IE.

The entrepreneurship ecosystem at Northwestern University’s Kellogg School of Management has all that and more, including more than 45,000 square feet of space and a popular and successful fellowship program — which is why the school, ranked in the top 10 in our 2021 ranking of the top 50 global entrepreneurship programs, is rapidly becoming known as a place where ventures go to thrive.

So when you think “entrepreneurship,” perhaps Kellogg is what should leap to mind.

“I did not have a clear vision that I was going to be part of this VC entrepreneurship world,” says full-time MBA student Adam Wolford, who came to Kellogg from a tech consulting background. “I was toying around with going into retail, I was looking at marketing. I think I initially was coming in focused really on VC, and I think this was an opportunity to see the other side that I always knew I was going to take advantage of, but I didn’t imagine it to have the impact that it did.” Northwestern Kellogg has been growing its reputation as an entrepreneurial hotbed for the better part of a decade. In 2012 it launched the Kellogg Innovation & Entrepreneurship Initiative, which has led to the creation of 64 entrepreneurship-related courses across the full-time 1- and 2-year MBA programs and the part-time Evening and Weekend program. Built on the foundation of the Levy Institute for Entrepreneurial Practice, the KIEI has overseen more than 350 individual mentorship relationships and 30 clubs and organizations supporting entrepreneurship on campus and beyond. Soon after the unveiling of the KIEI, Kellogg introduced the Zell Fellowship program as part of the larger Zell Global Entrepreneur Network; since 2014, 96 Zell fellows have created 75 ventures and more than 1,300 positions through more than $300 million in funding and awards.

All that and more were humming along nicely in March when coronavirus hit and shut down B-school campuses across the U.S. and the world. But it wasn’t long before the Kellogg startup ecosystem revved back up, and MBA students started putting their lessons to the test.

Through spring and summer and now into fall, Kellogg’s Innovation and Entrepreneurship team approached virtual learning with the same entrepreneurial spirit as students and faculty had during in-person experiential courses. The school responded to the new normal with a new approach: increased meetings with students, more guest speakers, thoughtful and impactful startup ideas, deeper dives, feedback and critique, peer learning. They have found that the virtual experience has its advantages, from more flexibility and opportunity to learn and hear from entrepreneurs and business owners around the world to greater opportunities in working with clients and companies, including real-time inside looks into how different types of entrepreneurial companies handle a major crisis.

Karin O’Connor saw it from ground zero. Kellogg’s clinical assistant professor of innovation & entrepreneurship and executive director of the Heizer Center for Private Equity and Venture Capital teaches the Growth Strategy Practicum, an experiential course that allows students to work on a real-life project with a growth-stage company. When Covid-19 hit in March, O’Connor was teaching 37 students across 11 projects, “which is roughly the max of what we deal with.”

“It was actually a really interesting turn of events when we transitioned to virtual, and I didn’t lose any students,” O’Connor says. “So we came in with a full class and I think that first day they realized that the world still exists, business still moves forward, a lot of good things are happening out there, positive things are happening out there. I think everybody took a deep breath and a sigh of relief and said, ‘Okay, now let’s move forward.'”

‘THESE PROJECTS ARE ABOUT THE FUTURE’

O’Connor says her students immediately showed their skills in adapting to new challenges, which Kellogg’s experiential courses have especially sought to cultivate — which is why the school’s faculty saw Covid-19, the ultimate challenging environment, as a chance to give students a competitive advantage in how they’ll run their own companies in the future.

“My course is the Growth Strategy Practicum, and it is an experiential course designed for students who have an interest in taking on operating roles in growth-stage companies,” O’Connor tells Poets&Quants. “So these are companies that are beyond startup — many of them are actually pretty mature businesses, family-owned, private equity-owned, as well as VC-backed. And the idea is that this gives them an opportunity to try on that role in the context of a deep dive into a project with a client company.

“So what happened with us is that I had taught the course winter quarter, we had just gotten everything wrapped up when things were starting to shut down, and we were told we were going to be going online for the spring. And so the timing actually was pretty good in that regard.

“I had assigned projects to my students, because they were already enrolled, and there’s a long lead time on sourcing the project. So I had 11 projects teed up and ready to go. They were all with Chicago-area companies because we’ve always wanted them to meet in person. So we’ve restricted the class to local companies. So we had assigned these 11 projects, and then we basically had three weeks in between that final period and when the class was going to kick off again.”

Suddenly going virtual presented problems, but with the help of information systems staff, the dean’s office, curriculum designers, and coaches, the class successfully went online — and quickly went back to work growing their businesses.

“Everyone was very involved,” O’Connor says. “There was a lot of coaching, a lot of dry-run practices, a lot of tutoring on the tech, some re-jiggering of content to play better online. The big issue for me, with my class, is that I had 11 companies ready to go and of course their world was thrown topsy-turvy — including two of the 11, a hospitality business and a personal services company, that were shut down. So things had changed dramatically.

“And I thought, ‘Well, I don’t even know whether they’re going to be able to keep going with this and work with the students.’ So I waited a week and gave them some time to get settled and then called the businesses. And it was crazy because all 11 wanted to move forward — very eager to work with the students. The universal idea was, ‘Hey, look, this projects are about the future, long-term strategy. We need to be prepared for this coming out of this. So we’re dealing with what we need to deal with now, but we’ve got to keep our eye on the future and long-term, and that’s where the students come in.’

“Having that, I was able to then go back to the students, who were on break, and I was shooting them notes, saying, ‘Here’s what’s going on with the companies and they all still want to work with you. So we’re moving forward. And by the way, this is going to be a unique opportunity for you to see entrepreneurs handling a crisis situation in real time, which is really cool, as well as you playing what they consider to be an essential role in getting them prepared for what’s next.'”

‘TODAY IT’S THIS TYPE OF CRISIS, TOMORROW IT’S ANOTHER’ Among those playing an essential role was full-time 1Y student Maria Ribeiro, who would graduate weeks later. Ribeiro, who prior to Kellogg worked in  retail corporate strategy in her native Portugal, says the virtual experience actually allowed for more opportunities to connect with her team and build client relationships.

“The quarter was shortened, so we had nine weeks with still the 10 classes fit in those nine weeks,” Ribeiro tells P&Q. “All my classes were super seamless. Obviously it would always be nicer to be physical, but you really can’t fight the context. But in terms of the technical aspect and even content-wise, my favorite class in the quarter was actually during the spring.

“I don’t think that the learning experience lost any quality. I don’t think it was damaged in any way. With the clients, obviously it’s nicer to have at least the first and last meeting in person. That was the biggest difference, because everything was fully virtual. But the check-ins are virtual. Reflecting back, I think that it’s also a learning experience to understand what it is to work virtually, especially for me — I had never done virtual work. Those weekly check-ins from a virtual standpoint were very interesting, and I don’t think the experience was damaged.

“In Growth Strategy Practicum, we went through various topics about scaling operations, how to measure and evaluate a growing company. All those topics were always supported by guest speakers. I think maybe in a physical environment, you can have a speaker coming in to talk about each one of these topics, maybe a few, but in a virtual environment there was a speaker from the entrepreneurial growth-stage company world where they were giving 100% practical examples of what their experience was. So I think that was super valuable.”

Ribeiro had some exposure to entrepreneurship in her previous work, having worked to launch new products and businesses within a grocery retail group. Her work was focused on health and wellness: organic groceries, healthy food service, pharma-beauty, and all things health retail. Entrepreneurship, she says, is something that she knew she wanted to do, and she wanted to use her time at Kellogg to expand her understanding of that world.

“I’m sure that in a physical world we would have a topic and maybe a guest speaker once in a while, but here we had a topic and a guest speaker all the time,” Ribeiro says, pointing to leaders from Clorox, Hasbro, and Gallo, among others. “Obviously there is time for Q&A, and understanding how growing companies were adjusting their operations, how they were handling it as growth-stage leaders was always a topic that even as students we wanted to know more about.

“Coronavirus was top of mind — you can’t ignore it. Why not learn in class, outside of class, by understanding how different leaders are making decisions? Different challenges, what went well, what went wrong — because today it’s this type of crisis, tomorrow it’s another type of crisis. It’s really relevant to understand those learning experiences of those leaders. What would they have done differently?”