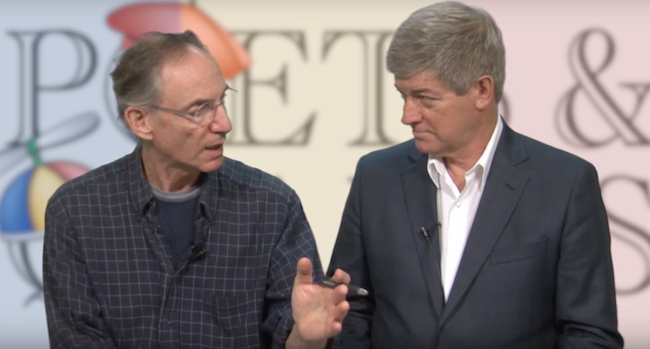 A high school dropout who got a GED ten years later, enrolled in community college and worked her way into a top five Ivy League university, this 31-year-old black woman works for a Big Four accounting firm. She’s hoping an MBA will help her transition to a more elite consulting firm and later help her land a job as a human resources executive.

This 21-year-old, white male student initially went to a top private liberal arts university as a pianist wanting to master the classics. By the end of his freshman semester, he switched to finance and stats. With a 740 GMAT and a 3.5 grade point average, he now wants to apply to Harvard Business School’s 2+2 deferred admissions program.

For the past two years, this 26-year-old professional has worked on the corporate development team of a large bank focusing on deals in Central America. With a 750 GMAT and a 3.6 GPA from a top 15 university, his career goal is to work internationally for a global healthcare concern.

Sandy’s Analysis: The golden variety of a tech guy like you has a higher GPA and a higher GMAT and who has the savvy into a McKinsey, Bain or BCG. You work at a Big Four and are a white male. That makes you a diamond in the rough. So you are the silver version of that golden candidate.

At Wharton, MIT and Columbia, I don’t think this is going to happen. There are just too many other white guys like him in their applicant pools with higher numbers and even better resumes. I think you are going to have a real hard time at those schools. Wharton and Columbia have become very focused on the metrics: How many 3.3, 700 white males are there combined? I don’t know but I don’t think there are all that many. For a guy with your profile, MIT would be looking for a 750 GMAT.

Feel free to send me a telegram telling me I’m an idiot and that you got into MIT, Wharton or Columbia. But I predict you’re not going to make it.

So then you are down to Darden, UCLA and Tuck. You are a totally solid guy and Darden and Anderson are possible with your numbers. You’re working for a big government organization and that is of interest to a school trying to build a diverse class.

The intersection of the American Legion and the top 20 business schools in America may..I don’t think it’s going to get you a lot of bonus points in this game. Tuck is a place where you if you are the Tuck type, there’s a sniff test. Tuck would go with veterans more than a volunteer for the American Legion. They go for grads of the elite liberal arts schools in New England. They go for smart outdoorsy people. So just based on the personal touch and feel of your profile, you may have a hard time at Tuck. I don’t see you fitting in at Tuck just from the way you present, but I hope I am wrong.

Darden, Anderson, Cornell, USC, those are places where you fall more naturally.

Here is some tough love if you want to work at MBB. If you got a 720 GMAT instead of a 700, you still wouldn’t get into an MIT, Wharton or Columbia. But it could make the difference in working for McKinsey, Bain or BCG after you get an MBA from Darden, Anderson, or Cornell.

There is something admission officiers say to people who don’t get in: They say there is nothing wrong with you. We just liked other people more. In your case, the people they like more are those with a 3.6 and a 730 or 740 GMAT of whom there are a lot of people. At MBB, I think you are going to need that 720 because they are interested in your GMAT score.