Contact our general manager with any questions. Profile updated: July 6, 2020.

The UCLA Anderson MBA: What You Need To Know

In the past four years, UCLA’s Anderson School of Management twice hired Deloitte Consulting to study the best practices of several top business schools, interview corporate recruiters of MBAs, and do a deep dive into the competitive landscape of graduate business education.

The outcome of that spadework resulted in a simple but crucial insight: All too often, many first-year students show up on campus unsure of what they want out of the degree. They have yet to set their sights on a specific field of study or industry. And if and when they finally do, corporate recruiters see less of a straight line to their industries and more of a zigzag that leads to questions about commitment and desire.

That primary finding has been the driving force behind Anderson’s sweeping curriculum overhaul announced during the summer of 2011. The changes are part of an effort to more quickly get students to commit to a specific track of study and channel them into a more productive internship, which should, in turn, set them up for the best possible job offers in their chosen field.

Many schools, of course, have “majors” or “concentrations” of study. But Anderson is rearranging its first-year curriculum so that MBA candidates can make these choices as early as possible. And as a clever inducement for students to make an early commitment, the school will offer a suite of certificates in as many as a dozen specific areas of study. Each certificate lays out a set menu of courses required for the additional credential.

From the start of the new curriculum in the fall of 2011, the school began offering certificates in real estate, the management of technology, entrepreneurship, and sustainability. Subject to university approval, Anderson also hopes to roll out certificates in branding, healthcare, and entertainment. Ultimately, say school officials, they expect to have three or four in finance, at least three in marketing, and one in human resources.

“This structure will create very clear signaling of student preparation and interests by virtue of their selection of tracks, their sequencing of courses and the availability of certificates,” says Judy Olian, who became Anderson’s dean in early 2006 after a stint as dean of Penn State’s Smeal College of Business. “Rather than this amorphous MBA, with a bit of this and a bit of that, this provides very clear information to the marketplace.”

Notes: MBA Program Consideration Set: If you believe you’re a close match to this school–based on your GMAT and GPA scores,  your age and work experience, you should look at these other competitive full-time MBA programs as well. We list them by stretch, match, and safety. These options are presented on the basis of brand image and ranking status. 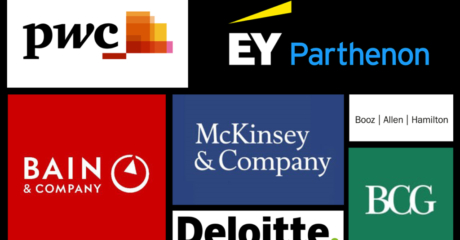