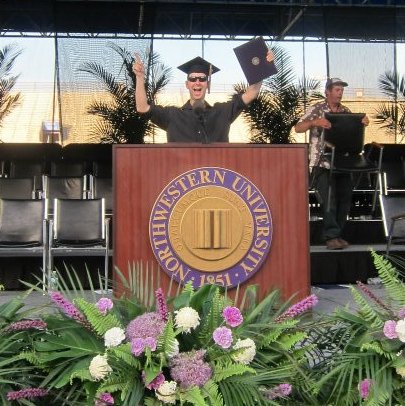 Josh Eddy opted not to use an admissions consultant

Josh Eddy, 33, and his mom rarely disagreed–about anything. Then, he decided to apply to business school. “There were raised voices, which had never happened between us before,” he recalls in a Reddit forum. They spent the winter holidays of 2008 and 2009 arguing – not about whether he should get his MBA, but whether he should use the services of an admissions consultant.

His mom pointed out that applying to a highly selective business school required a huge investment of time and money. Why not get an expert on board? she reasoned.

But Eddy remained convinced that applying to B-school should be a personal process. His mom relented and stepped in as an informal application adviser, questioning his motivations, pushing him on his core beliefs, and calling out any bullshit. It was a painful process, but Eddy completed his applications. He was ready to click submit. Instead, he held off. “I didn’t think my story was compelling enough – I didn’t need an MBA,” he says.

He postponed a year, gained more work experience, and redid his essays. In 2010, he applied to the business schools at Berkeley, Northwestern, U Penn, and Santa Clara University. He received an acceptance letter from Northwestern, withdrew his application from Haas, and packed his bags for Evanston, Illinois. He graduated from Northwestern’s Kellogg School of Management in 2012.

While it was an “excruciating” process, Eddy stands by his decisions not to hire a consultant.

“I’ve seen so many people go to business school, even Kellogg, who didn’t know what they wanted in life, and rather than go through the hard process of reflecting and some very difficult choices, they wanted to escape the situation and go to business school,” he says. “No admissions consultant would ever steer you away from that path…you need a life coach and career coach before you need an admissions consultant.”

Eddy may be staunch in his beliefs, but he’s also in the minority. A 2013 survey by the Association of International Graduate Admissions Consultants found that 57% of prospective MBAs used an admissions consultant–a likely inflated number because many consultants would encourage their clients to fill out the association’s survey and those applicants are more likely to apply to the most selective MBA programs. That figure dips to 23% in a 2014 survey by the Graduate Management Admission Council (GMAC). It’s worth noting that the GMAC report includes students applying to master’s programs, who presumably are less likely to hire a consultant. Even if you accept the lower estimate, nearly one in four prospective business students now seek the services of a consultant.

These B-school hopefuls are paying a premium for them, too. Applicants subscribing to Aringo’s three-school package shelled out some $8,000 for the help. Even the “bargain” consulting firms run around $5,000 for three schools.

So is a consultant really worth it? Or is there a case to be made for doing it completely on your own?

It’s easy to understand the allure of an expert. The revolving-door relationship between university adcoms and MBA consulting firms gives consultants insider knowledge. They bring key insights to an opaque industry that anxious MBA applicants can only guess at otherwise.

But what about students like Eddy, who value self exploration in the application process? Or those MBA hopefuls who simply can’t afford the thousands of dollars for a shot at getting in with no guarantees? Rob Veling served in the Peace Corps in Ghana, where consultants were in short supply

Rob Veling, 30, never considered a consultant for other reasons. The 30-year-old Peace Corps volunteer applied to B-school from a remote village in Ghana. “Consultants are thin on the ground in Bolgatanga,” he quips. Even remote advising sessions would have required frequent trips to the regional capital so he could access the Internet. The overcrowded computer cafes nixed this option. “You cannot get productive work done in those environments. Even before I had a computer, I would draft my emails before I got there,” he says. He relied on screenshots of websites, guidebooks, and close friends and family for admissions advice.

Like Eddy, Veling views the application process as  an existential exercise. Add a consultant to the mix, and it becomes less personal. “The application process, and especially the essays force you to really reflect on yourself as a person,” Veling points out. “I didn’t want to play the game too much. I wanted to get in on my own merit … I wanted to be sure I was getting into the right places – so it was right for me and for the program.” In his case, the fit turned out to be the University of Pennsylvania’s Wharton School, where he’ll start classes in the fall.

Beyond the personal, Eddy says that not using a consultant likely helped his application. “They probably have a check-box list of things that need to be conveyed and certain turns of phrase and a certain editing system and a certain tone, but lacking all of that, I just threw myself onto the page as best I could and represented myself as truthfully as I could,” he says. For him, the authentic approach paid off.