An MBA startup from INSEAD tops this year’s list of 100 top-funded MBA startups of 2022, the first time a school from outside the U.S. has come out on top. Courtesy photo

Had it not been for Stanford University’s culture of interdisciplinary collaboration, Lucia Huang might never have met her co-founder.

Huang, Stanford Graduate School of Business Class of 2020 MBA, met Stanford Medicine candidate Jimmy Qian in a class mixed with students from the university’s acclaimed business, medicine and engineering schools. They shared their mutual dismay at the lack of innovation in mental health, despite the fact that depression is the No. 1 cause of disability around the world. So they decided to work on the problem. Together they founded Osmind — an electronic health record software for mental health providers aiding in the administration, monitoring, and analyzing the use of innovative psychiatric medications and treatments. The company has raised $57.2 million in four funding rounds since its founding two years ago, and it comes in at No. 22 on our annual list of Top MBA Startups. It is one of 26 companies on this year’s list with a female founder or co-founder.

“With our collective backgrounds in science, medicine, and healthcare, and our personal passion and investment in improving mental health for all, we recognized that mental health was long overdue for innovation,” Huang tells Poets&Quants.

“Stanford excels at supporting entrepreneurship. Healthcare is such a complex industry that collaborating with multidisciplinary team members is critical. Stanford does a great job of encouraging cross-pollination across the various schools and facilitating connections.”

As we’ve done each year since 2014, Poets&Quants solicited startups from the world’s best MBA programs to compile a list based on a single metric: how much funding a startup has raised, the most accessible apples-to-apples comparison. (See our 2021 list here.)

To qualify for this year’s list, a startup had to be founded between January 1, 2017, and December 31, 2021, and must have had at least one MBA founder during that same timeframe. Poets&Quants solicited nominations from top business schools and cross-checked figures on Crunchbase.com. Numbers verified at the time of reporting were used to compile the list.

It takes some doing to knock Stanford out of the top spot for the highest-funded MBA startup. Since we started the list in 2014, the top MBA founders have come from Stanford every year except two (and a half). In 2018, Harvard Business School MBAs Charles Baron and Amol Deshpande ranked No. 1 with their company, Farmer’s Business Network, which raised $193.9 million. The Wharton School MBAs William Shu and Greg Orlowski topped the list in 2017 with Deliveroo, raising $474.6 million. And in 2014, the top spot was shared by the Harvard and Stanford MBA founders of Wildfire.

This year, the top-funded MBA startup is Gorillas, a company co-founded by INSEAD MBA Sukru Dagdelen, with a truly eye-popping number: $1.335 billion.

It’s the second highest-ever amount for an MBA startup since we’ve been compiling the list – trailing 2016’s Sofi by about $300K. It’s also a remarkable climb for the French business school whose highest startups last year, Forecast and Zenyum, tied at No. 42 with $15.1 million in funding apiece. 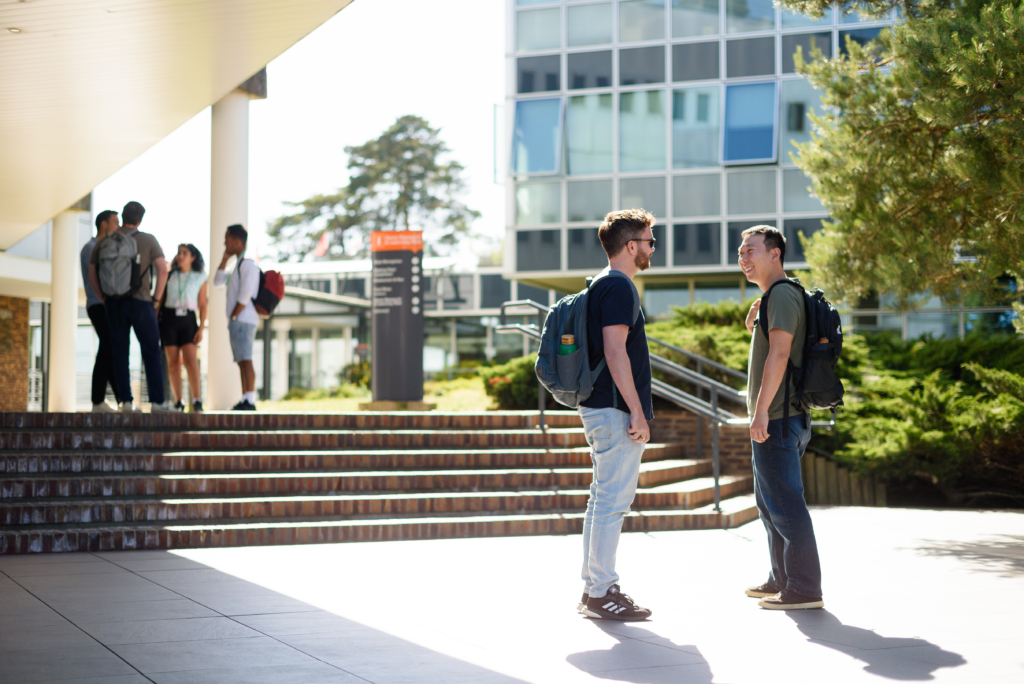 France's INSEAD is the first international business school to top our list of funded MBA startups of the year. Courtesy photo

Gorillas is an on-demand grocery delivery service that promises food at your door within 10 minutes of ordering from their app. It raised $1 billion in a Series C round with 18 investors in October 2021. It’s had four funding rounds since its founding in 2020, with the second largest coming in March 2021 at $290 million, according to Crunchbase. It’s different from other food delivery leaders in that it uses “riders” – full-time employees with benefits delivering groceries on bicycles in mostly European metro areas.

At seven, INSEAD also had more MBA startups than any other international business school on this year’s list.

“INSEAD was started as an entrepreneurial venture and has grown into an internationally recognized business school for the world. Over 50% of the school’s MBA graduates become an entrepreneur or engage in entrepreneurial activities during their career – it is built in our DNA,” Professor Peter Zemsky, deputy dean and dean of innovation, tells Poets&Quants.

“We select outstanding business students who have demonstrated the ability to manage across cultures and diversity. It turns out that this has allowed us to attract high-caliber talents who are also a very impressive and successful set of entrepreneurs.”