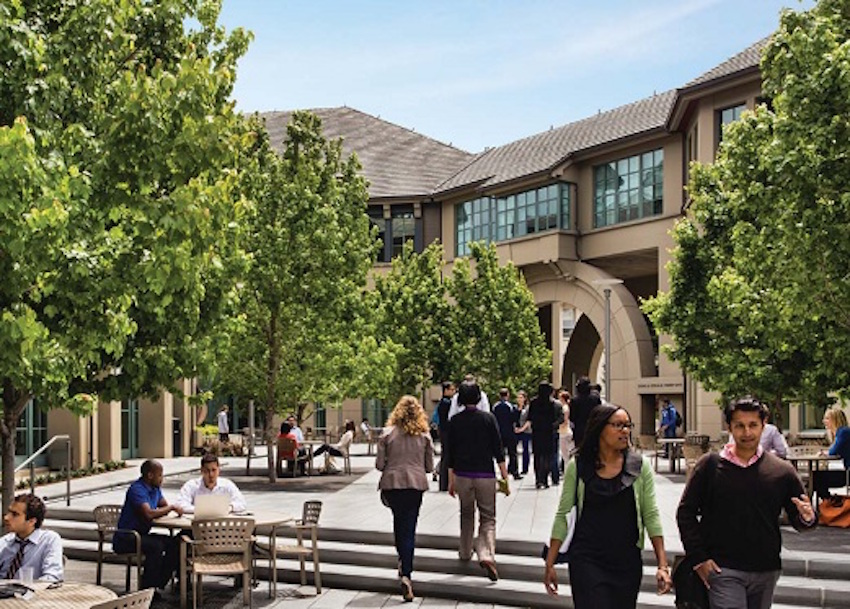 For the fourth year in a row, median base salaries for MBA graduates at UC-Berkeley’s Haas School of Business remained stuck at $125,000. No less surprising, median salary and mean sign-on bonuses declined to $145,448, down from $146,224, because fewer students reported getting signing bonuses this year, according to Haas’ newly released 2018 employment report.

In 2018, 70% of the graduating class of MBAs report average sign-on bonuses of $29,212 (the school does not report median sign-on bonuses). A year earlier, 76% of the class got signing-bonuses that average $27,926. The decline in the number of students getting sign-on incentives put Haas’ starting pay on the downside. The school’s median salary is $15K under Harvard Business School, $10K below MIT Sloan and Wharton, $5k less than the median at Chicago Booth, Northwestern Kellogg, Columbia Business School and Dartmouth Tuck.

While Haas consistently ranks among those top schools with the highest ranking of any MBA program at a public institution, median salaries are more on a par with other publics such as the University of Michigan’s Ross School of Business and the University of Virginia’s Darden School, both at $125K medians this year.

All this makes Haas one of the few top-tier school failing to report record pay for its graduates this year. In fact, MBA compensation at the school has not kept pace with inflation since 2014. Four years ago, salary and sign-on bonus totaled $145,082, just $366 less than this year’s starting pay. And those pay levels are in San Francisco’s Bay Area, one of the most expensive places in the country to live.

What’s going on? It’s more a story of industry choice and unreported compensation at Berkeley than it is a matter of how much top-tier MBA employers are willing to pay the school’s graduates. The percentage of Class of 2018 MBAs who went into nonprofit and government jobs, where salaries are among the lowest and signing bonuses are virtually nonexistent, nearly doubled this year to 4.4% of the class. Haas grads entering consulting, which typically pays the highest starting comp packages and the most reliable signing bonuses, declined as well this year.

This year, the median base and bonus in the nonprofit sector at Haas was $113,000, compared to more than $167,500 in consulting. But the shifts don’t end there. More Haas students this year moved into other industries, including transportation and energy, where base salaries are below the overall class median.

WHAT YOU DON’T SEE THAT IS SIGNIFICANT: STOCK GRANTS & STOCK OPTIONS

If the school’s numbers appear lackluster next to peers, it’s because Haas is not giving applicants or students a full picture of the pay and employment prospects of its graduates. The school, for example, stopped reporting other guaranteed compensation in 2014 when the total for that element of MBA pay averaged an extraordinary $31,107, received by an equally extraordinary 47.3% of the class. (By way of comparison, this year Harvard Business School reported that only 14% received other guaranteed comp with a median of $28,700.) And Haas’ numbers did not even include stock or stock options, received by 30.8% of its graduates in 2014.

A spokesperson for Haas says “we have elected not to report other guaranteed compensation because we feel it grossly under-represents graduates’ first year compensation in terms of stock options and other bonuses.”

Yet, other guaranteed comp and stock is especially important in some industries, especially financial services and tech. Haas an unusually high percentage of students pour into the technology industry which tends to be far more generous on the equity front. These goodies are not captured in the statistics Haas now shares with applicants. The under reporting by Haas may help set expectations at a level where they will be exceeded by graduates of the school but they also put Haas’ MBA program at a disadvantage when comparisons are made by applicants with peer institutions.

University of California at Berkeley Haas School of Business