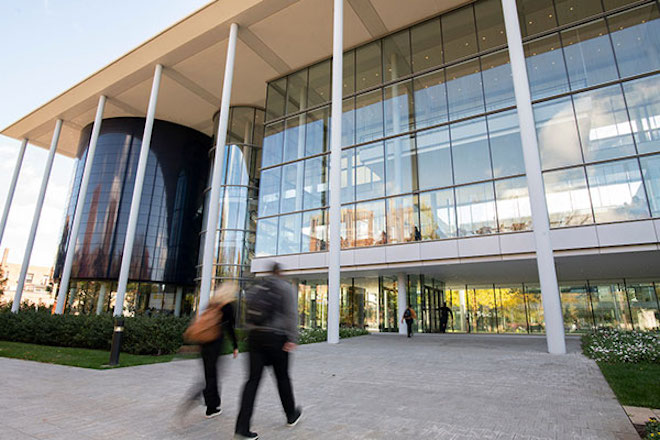 Yale’s School of Management announced today (May 8) that it would keep its MBA tuition fees stable for the forthcoming academic year. The move by Yale follows last year’s decision by both Harvard Business School and the University of Chicago’s Booth School of Business not to increase tuition rates.

In an email to students that was obtained by Poets&Quants, Yale SOM Dean Kerwin Charles attributed the decision to the economic disruption caused by the COVID-19 pandemic.

“There is much about the fall that we do not now know, including exactly when the progression of the coronavirus will allow us to safely convene in person for our classes and other gatherings,” Charles wrote. “There is, however, no doubt that the economic disruption caused by the pandemic will cause significant financial challenges for many students and their families in the coming year.

WILL FOREGO A TUITION INCREASE OF 3.25% THAT HAD BEEN SCHEDULED BEFORE THE PANDEMIC “I have, therefore, decided that the school will forego the tuition increase of 3.25% that we had announced for next year prior to the outbreak of the pandemic. This means that tuition for the academic year 2020-21 will remain at $72,350 and not rise to $74,700 for all students in our residential Master’s degree programs. The program fee will likewise remain at the same level as this year.  I will be writing to our recently admitted students alerting them to this decision and we will simultaneously update our website and other materials.”

The decision to hold tuition steady also comes at a time when MBA students at many other schools, including Harvard, Stanford and Wharton, have lobbied their schools for tuition refunds and discounts due to the movement of class online and outside the physical classroom.

Kerwin’s predecessor at Yale SOM, former Dean Ted Snyder, had long argued that tuition rates for MBA programs at the top schools have been excessive. When Harvard and Booth held the line on tuition last year, he applauded the decision. “I think that is a brilliant move,” he said at the time when Booth made the announcement. “It’s not because of weakness. It’s because of strength, and it’s the first school that is stepping back and saying we are not going to keep going down this path. It’s a big thing. It’s just so timely to see somebody doing that. It doesn’t indicate how the business model is going to get redone, but it is a signal that it needs to change.”

MANY CONSIDER THE STICKER PRICE OF THE MBA TO BE OVERPRICED, THOUGH SCHOLARSHIP MONEY HAS RISEN

Concern that the MBA degree is overpriced has been percolating for years, with some school officials arguing that business schools have been pricing themselves out of the market with annual average increases of 4.5% significantly outpacing gains in MBA starting salaries. Four years ago, the Simon School of Business at Rochester University slashed its MBA tuition by 13.6% to a total of $92,000 and has since put through modest increases of $2,000 in the past three years.

While keeping their tuition rates flat, both Harvard and Booth are also substantially increased MBA scholarship funding at the same time so that as a whole this year’s incoming students will effectively pay less for the degree than their year-earlier classmates. At Harvard, the average annual fellowship grant has hit a record $40,000 average, up from about $37,000 two years ago. Nearly half of Harvard MBAs receive fellowship support with the majority of fellowships in the $30,000 to $70,000 range per year. That level of fellowship results in an effecrtive 29.2% discount on the sticker price of a Harvard MBA.

DON’T MISS: HBS AND BOOTH TO HOLD THE LINE ON MBA TUITION INCREASES