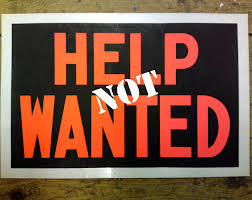 Think it’s hard finding a job in the United States?

Just try being an international student who earned an MBA at an American institution.

Sounds counterintuitive, doesn’t it? Our culture extols education, skill development, and entrepreneurship. But our laws drive potential force multipliers back to their home countries. Even when these MBAs remain in the United States, they struggle to transition to a culture of self-promotion.

That was the point made in a recent report from Bloomberg Businessweek. Let’s start with the legal end. The U.S. Department of Education reports that roughly 61,300 international students are enrolled in American MBA programs, most paying full tuition. Once these students graduate, 87 percent hope to remain in the United States to work according to the Graduate Management Admission Council. However, this smacks up against restrictions to H-1B visas, which are conferred to 65,000 people (along with an additional 20,000 overseas professionals with advanced degrees).

See the math: Only 20,000 spots for approximately 53,000 MBAs (and that doesn’t count advanced degree holders in areas like hard sciences and the arts). No wonder half of all H-1B applicants were rejected according to the U.S. Citizenship and Immigration Services.

Despite the odds, obtaining a visa might be easier than adjusting to on-the-job realities, where being quiet and capable is a one-way ticket back home. That’s the view of Judy Shen-Filerman, a cultural consultant who heads Dreambridge Partners. She notes that some students, particularly those accustomed to high formality in their home countries, can come across as robotic in the American workplace. Many also struggle to convey their abilities.

For example, as Shen-Filerman tells Bloomberg Businessweek, students from some Asian companies equate academic achievements with career success. “If they assume their grades will speak for them, they might not be prepared to impress employers.” In fact, many students, who were immersed in deference and humility in their home countries, must learn how to talk about themselves and express their views with confidence.

To help with this transition, many schools maintain staff strictly to help international students. For example, the University of Rochester’s Simon Business School, where half of the MBA students hail from overseas, provides training on personal branding and communication through a cultural liaison.

In the end, training and counseling only go so far. As a result, overseas MBAs must consider their options. For example, Bloomberg Businessweek suggests that students apply for an Optical Practical Training (OPT) visa, which provides a year for students to prove themselves before moving to an office overseas. Students should also be prepared to conduct simultaneous job searches domestically and abroad to even the odds.