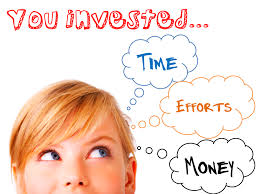 Is a One-Year MBA Worth It?

The desire to earn a degree sooner at less cost: That’s at the heart of the one-year MBA program. Popularized in Europe nearly sixty years ago, a one-year MBA is sometimes viewed as a panacea to what ails business schools. And it offers a tempting proposition according to Donato Wilkins, who started a one year MBA in 2013 at Emory University’s Goizueta Business School.

“I did the math, and the return on investment for the one-year program was much higher than for the two-year program,” he tells the New York Times. You get the exact same benefit as the two-year program — the same professors, the community, the G.B.S. network, all the on-campus resources and Goizueta brand — in less time and for less money.”

How much cheaper? Recently, Cornell University launched a tech-driven, three semester MBA program in New York City. The price tag: $95K. To put that in perspective: That’s over $20,000 less than its two-year program. And that’s the high end, with Northwestern’s one year program coming in around $80K, about $38K less than its two-year counterpart according to U.S. News and World Report data.

And prospective students are gravitating to these programs. In 2013, 55% of the 189 one-year MBA programs generated a higher number of applications over the previous year according to the Graduate Management Admission Council (GMAC). And why wouldn’t students pursue this option? In theory, they only lose one year of income. Burdened with less debt from tuition and second-year cost of living expenses, they also enjoy greater flexibility (and earn back their expenses sooner). And being out of the business world for two years can put MBAs at a disadvantage.  “The tech economy moves quickly,” warns Douglas M. Stayman, associate dean for M.B.A. programs at Cornell’s Johnson School of Management. “If people are out of it for a long time, it’s an issue.”

Is that really true? Not necessarily according to a 2013 GMAC study, which showed only 53% of one year students had received job offers in March, 8% lower than full-time MBAs in their second years. When it comes to compensation, two-year MBAs earned 9% more than their one-year cohorts.

And there are other disadvantages too, reports the New York Times:

“Students don’t have time to spend a semester abroad. They forfeit some electives. They can join clubs but can’t lead them (presidents are picked the spring before they arrive).”

More tellingly, top institutions like Wharton and Stanford have declined to launch one-year programs. “We haven’t felt comfortable offering a one-year M.B.A. here,” observes Madhav Rajan, who heads Stanford’s full-time M.B.A. program. “[With a two-year program], you get to know your classmates and interact with your professors over two years. The whole notion of our M.B.A. is that it’s a transformative experience.”

That said, a one-year MBA works well for a certain type of student. “[A one-year program] is for people who are accelerating their careers, not changing their careers,” Stayman tells the New York Times. As a result, one-years often know exactly what they want when they step onto campus. While they must “cram in almost a year’s worth of foundational business classes in four months,” they can still participate in electives and join clubs like any other second-year. Plus, their accelerated education offers a ‘wow’ factor to potential employers, says Alex Sevilla, assistant dean and director of Florida’s M.B.A. programs. “A student can say to a recruiter, ‘I voluntarily chose the one-year program, and that gives you some indication of my horsepower.’”