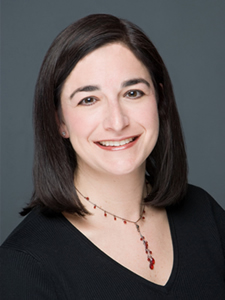 Judith Silverman Hodara, a former senior admissions director at the University of Pennsylvania’s Wharton School, now a director with Fortuna Admissions, describes the scholarship awards process as “very behind the scenes and very gray.” Decisions can be made on an extremely subjective basis, Hodara says.

“There’s a lot of personal bias that comes in,” Hodara says.

NO GRABBING AT THE PIGGY BANK

While consultants warn against tactless, heavy-handed assaults against a school’s scholarship piggy bank, they nevertheless tend to advise their clients with scholarship offers to leverage them as negotiating tools to pry an offer, or an increased offer, from other schools.

“I tell my clients, ‘If you end up being admitted at multiple places and you have a merit-based award from another program, there’s a right way and a not so right way to do it,'” says Fuller of Clear Admit.

Fuller suggests an approach along the lines of, “I like your program a lot. Is it feasible for me to be reconsidered for a scholarship award?”

Adds Bauer, “The implication that you have another highly ranked school that is offering more aid can be an effective response to the first offer.”

A respectful manner can be key to a successful appeal for financial assistance, Hodara says.

“The biggest thing with business schools is humility,” Hodara says. “The nicer the candidate is, and the less demanding they can be, the better that conversation’s going to go. It’s one thing to be told, it’s another thing to be asked.”

IMPRESSIVE APPLICATIONS A DIME A DOZEN

Applicants should remember that in general, no matter how good they look on paper, schools will be receiving equally impressive applications from many more other people, and evaluating those as well for scholarship funding, says admissions consultant Marks.

“One of the mistakes that candidates sometimes make is getting too grandiose,” says Marks of North Star Admissions Consulting. And taking “no” for an answer is generally a good idea, Marks says. “If an officer tells you they can’t have that conversation or they’re not open to that conversation, I would definitely encourage people to listen to that,” Marks says.

Marks recommends that B-school applicants do some sleuthing to identify any indications an institution is willing to haggle over scholarship funding. Information sessions and program blogs may contain clues, Marks says. And conversations with admissions officers may be revealing, she says, for example when one of them says, “We’d love to have you so if finances are an issue please let me know.”

And although a stand-out application – with high GMAT scores and GPA, plus evidence of community contributions and other background experiences that set a prospective student apart – will position a person well for both admission and scholarship funding, tactical diplomacy can help greatly, she adds.  No matter the level at which a school’s scholarship recipients are ultimately determined, recommendations as to who should get what come from the admissions department, Marks says. “Get to know admissions people,” she says, “to the extent that they really want to champion you and advocate for you.”

ASK EARLY, WHEN THE COFFERS ARE FULL

It’s also one thing to ask early, when a school’s money pool is full, than to ask late, when the funds have trickled away to other applicants. Later on in the scholarship application window, there’s not only less cash in the aid coffers, schools are less motivated to dole it out, Bauer says. Having contacts in a school’s financial aid office may boost applicants’ chances of obtaining or increasing assistance, Bauer says. “Just a ‘To Whom It May Concern’ is probably not going to help you because it doesn’t reinforce the fact that you’ve actually made a contact and it kind of lacks the warmth of a ‘Dear Joe’ or ‘Dear Mary’ email,” Bauer says. “Reinforce your sincerity and desire to attend that school – the only remaining issue is your ability to afford it. You’d want to reinforce the reasons why you feel that is the school for you.

“You’re conveying your sincerity and desire to enroll, and trying to isolate the finances as the last bump in the road before you’d say, ‘Yes.'”

The very top schools, says Bauer, are far less likely than those lower down in reputation, quality and rankings to spend scholarship money to entice students. “I continue to see the elite schools, the most prestigious schools, not having to use that to augment the appeal of their brand, because it’s already established,” Bauer says. “The next tier of schools use it to improve their yield, especially with students whose profiles would be above their median so would boost their numbers.”

Marks notes that Tuck “is not very open to negotiations” but says the logic behind certain schools’ readiness to haggle can be “counterintuitive,” as when clients last year found some productive negotiating ground at Booth and Wharton.