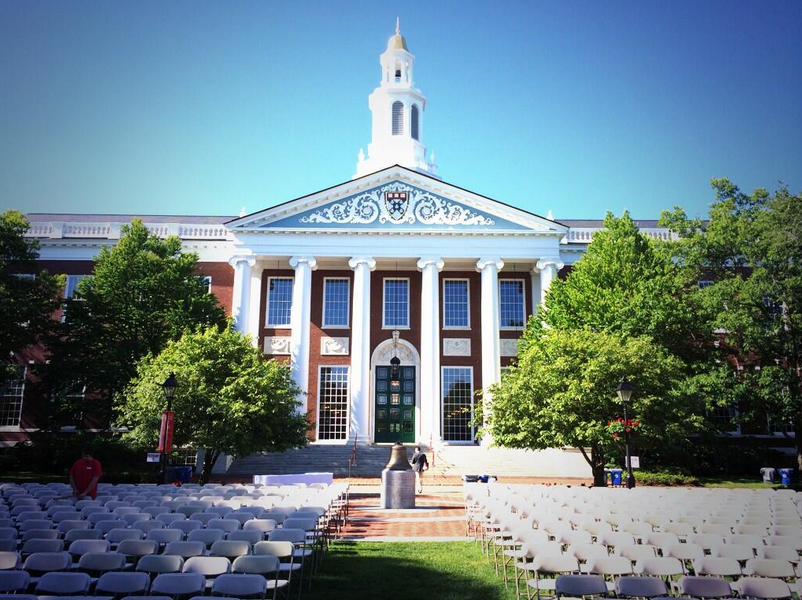 In any business school brochure, you’re bound to find some reference to “family.” Once you earn your degree, you’re a Tiger, Jackrabbit, or Horned Frog “for life.” Don’t kid yourself. Advancement offices define “for life” very similar to La Cosa Nostra.

Forget the free lunch you enjoyed with scholarships and work-study. When the annual campaign rolls around, you’re reminded of the true cost of being part of a “family.” If you’re a Harvard Business School alum, a $100 gift doesn’t go far.

Then again, HBS doesn’t have far to go based on early figures released last week (November 7) on the progress of its five-year capital campaign. Launched in 2012, the campaign generated $600 million in commitments during its “quiet phase.” In April, HBS rolled out its “public phase” to much hoopla. Based on second quarter results, the campaign is off to a roaring start.

According to The Harvard Crimson, HBS has raised $721 million toward its billion dollar goal through June 30th. At this rate, the program would achieve its goal by April 1, 2015, though $121 million likely reflects a high water mark due to the heavy publicity and marketing push surrounding the unveiling of the public phase, which will likely continue into 2018. The school has not released figures related to third quarter results.

The billion dollar goal is part of a larger $6.5 billion campaign that Harvard University started last fall. Thus far, the school-wide campaign has registered $4.5 billion in commitments, a 69% clip compared to HBS’ 72% return. The heavy support caught HBS administrators like Dean Nitin Nohria off guard. In an interview with The Harvard Crimson, Nohria confessed that he expected a smaller response by this point.  “I had thought that we would have been at some number that was north of 600 or 650 by the end of this year.” The fact that we are north of 700 is, in my mind, a great showing of strength in terms of the confidence that our alumni have in the school and the confidence that they have in some of the things that we are doing and the innovations that we are trying to advance with these resources.”

His opinion was seconded by Janet Cahill, managing director of HBS’ capital campaign and external relations, who tells The Harvard Crimson that the campaign has exceeded expectations in metrics like geographic and age distribution and contribution size.

In fact, this campaign has already beaten the numbers from the program last campaign, which ran from 2000-2005 and produced over $600 million dollars in gifts.

Against this backdrop, you can almost imagine Nohria setting his pinkie against his pursued lips and dramatically stating “one billion dollars” (ala Dr. Evil) to his board. When you divide a billion dollar goal across 71,600 alumni, the contribution comes out to $13,966 per person (excluding friends of the school). At that level, you’d almost expect alumni to scrub their profiles and change their cell phones numbers or email addresses.