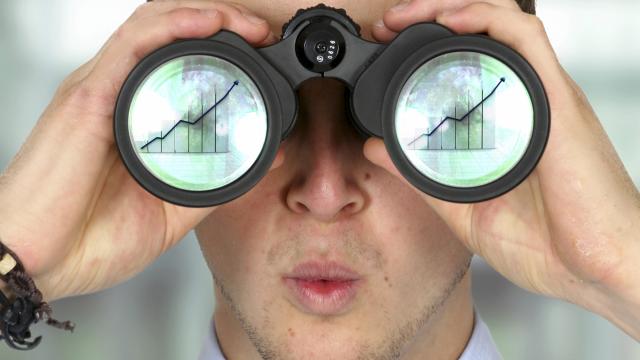 Psst … The word is out. Pass it along.

Think MBA education revolves around Harvard, Stanford, and Wharton? That’s natural. The troika has been perched atop many business school rankings for decades. They boast big-name alumni and faculty, fat endowments, and brand names that transcend culture, generation, and academic background. Despite their prominence, you couldn’t help but notice a subtle shift in 2016.

Look no further than the rankings. In Bloomberg Businessweek, Fuqua broke into the top three ahead of Wharton. Booth tied Stanford for second according to U.S. News and World Report. The biggest shock of them all? INSEAD leapfrogged the “Big Three” to rank first in the Financial Times ranking.

Does this mean Harvard, Stanford, and Wharton are in decline? Quite the opposite — it is a testament to their success. They served as a template for other programs, blazing a path and setting the bar for what was possible. While they remain the schools to beat, their example has helped to raise the quality of business education as a whole.

Last year, several schools began making big moves out of the shadows. After years of planning and experimenting, their efforts have gathered steam. They’re receiving more applications, building new campus centers, and beefing up such outcomes as graduate employment rates and salaries. They are amplifying their special strengths to carve out defining niches. Most importantly, they’ve taken a page from their cases and applied their resources to where they’ll get the highest returns: students themselves.

As we enter 2017, which schools are poised to raise their profile among MBA applicants? Here is Poets&Quants’ list of the 10 full-time MBA programs that are most likely to gain ground or break out in the coming year.

(Editor’s Note: These schools are not ranked in any order.) University of Michigan (Ross): What makes a great MBA program? Is it deep resources? A surplus of options to gain real world experience? Academic excellence across every discipline? Leadership in flourishing concentrations like entrepreneurship, tech, and social impact? By those measures, Ross has emerged as the go-to school for MBAs looking for a rich blend of business fundamentals and experiential learning.

Mind you, the school endured a rocky start to the year. With a lame duck dean, the school’s dirty laundry became public when the faculty’s biting evaluations of outgoing Dean Alison Davis-Blake hit the net. However, history is expected to be kind to Davis-Blake. During her five-year tenure, this change agent turned a daunting budget deficit into a surplus; created more equitable faculty compensation; and raised academic performance for incoming MBAs. With the groundwork laid, Ross can now focus on what the new dean, Scott DeRue, calls “big and bold ideas.” Last spring, the school launched a life-long learning initiative, where Ross MBA graduates can return to take executive education courses for free.

But the boldest idea is yet to come. We expect DeRue to take experiential learning, long a mainstay of the Ross program and an increasingly popular part of MBA curriculums elsewhere, to an entirely new level. Rather than assign teams of students random projects with companies, Ross is trying to get its MBAs involved in more transformational corporate work. If it can convince a company such as Ford Motor to embrace multiple teams of students to work on the company’s move into driver-less vehicles or electric cars, DeRue could really up the ante on experiential learning.

The numbers also favor Ross. In March, the program ranked among the top MBA programs in 9 out of 10 specializations, including marketing, finance, entrepreneurship and management, according to a survey of academics conducted by U.S. News. Even more, Ross has gained increasing cache among recruiters. The 2016 graduating class pulled down a record $150,600 in median total compensation, fourth-highest behind just Harvard, Stanford and UVA Darden. Even more, 98.4% of the 2016 class had landed a job within three months of graduation. Such numbers had to be good news for the incoming 2018 class, which saw its percentage of women jump from 32% to 40%, further ranking it among the top full-time MBA programs. The new Kellogg Global Hub sits on the shores of Lake Michigan. Photo by Mike Crews

Northwestern University (Kellogg): Searching for a sign that a business school is thriving? Just look at the facilities. Come winter, Kellogg will be the envy of almost every MBA program with its new “Global Hub.” This 415,000 square structure, built at a cost of $220 million dollars, is a game changer for the program. Replacing the cramped Jacobs Center, the Global Hub is a marvel of glass, limestone, and steel. Designed to foster community and collaboration, the building is defined by wide, naturally-lit spaces and an array of classroom configurations to fit any purpose. LEED Gold energy efficient, it also includes an auditorium seating 350 and a three story plaza that boasts stunning views of both Lake Michigan and downtown Chicago.

The school’s new home will cap a host of improvements led by Dean Sally Blount over the past six years because the Global Hub is also an expression of the program’s continuing success. In the 2016 Poets&Quants ranking, which collates the major MBA rankings, Kellogg climbed a spot to rank with Wharton at 4th. It also placed 2nd in The Economist ranking, which leans heavily on student satisfaction to evaluate programs. Kellogg’s ranking may even rise further in the coming year. The 2016 class, for example, enjoyed both its highest starting pay and sign-on bonus ($139,747) and placement (96%). Hardly a surprise, however, considering that Kellogg ranked second  and seventh in recruiter surveys conducted by U.S. News and Bloomberg Businessweek this year.

While Kellogg has a reputation for being a “marketing school,” its students are showing increasingly diverse interests…particularly in technology. Some 22% of the graduating class entered the tech field, up 10 points from three years earlier. More important, Kellogg tech grads were landing jobs in such blue ribbon firms as Amazon, Google, Microsoft, and Linkedin. The incoming class is also positioned to build on the past classes’ successes, boasting a higher average GMAT than Booth for the first time. The upshot? Kellogg GMAT scores have risen 20 points in the past five years, resulting in classes with increasing academic heft to go along with their trademark team-driven spirit.