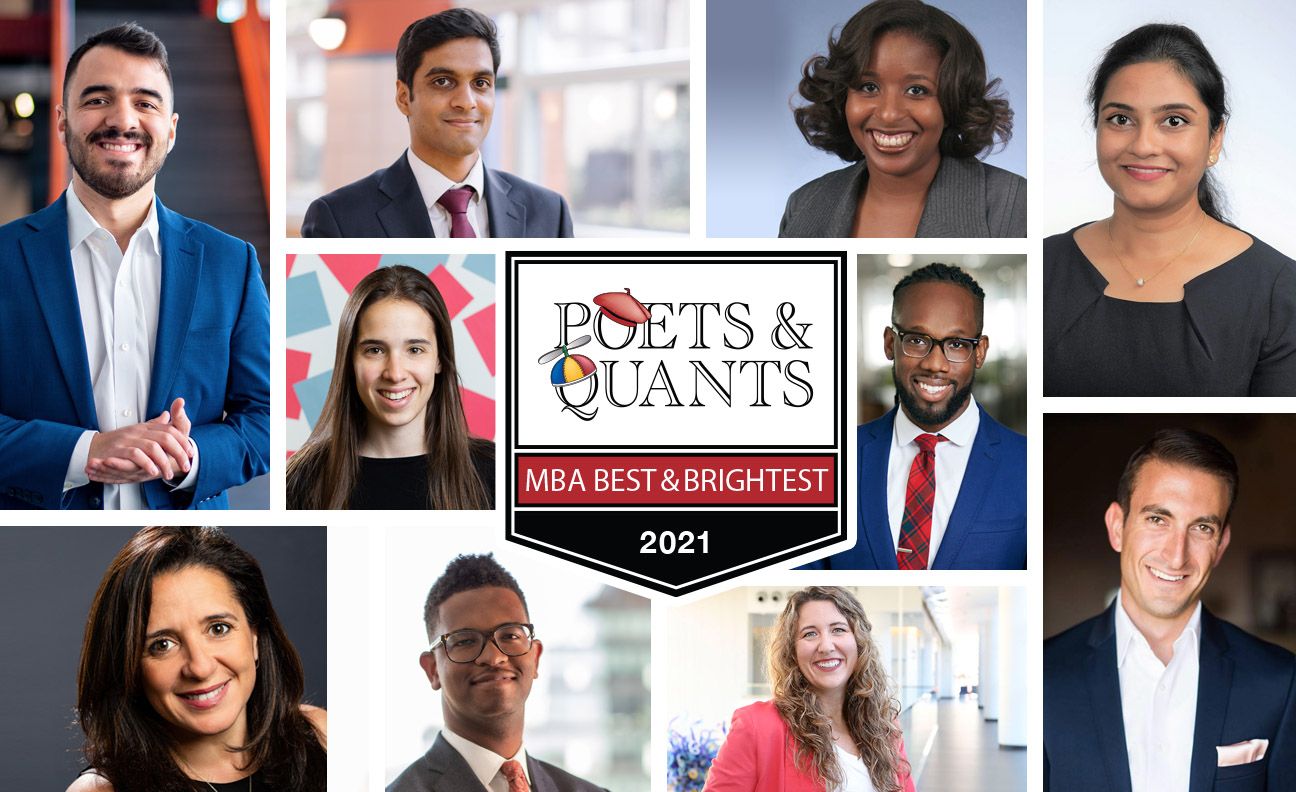 When COVID hit, MBAs watched their world turn upside down. Suddenly, there was a grave risk attached to the hallway chats and class discussions they once took for granted. Hunkered down in their apartments, the Class of 2021 watched as their overseas treks, annual traditions, and internships were cancelled. After the first semester sprint, the spring slog put a new spin on ‘Fear of Missing Out’ as students scaled back expectations in the new normal.

“We had no idea how long it would last or how serious the situation was,” explains UCLA Anderson’s Shoshana Seidenfeld. “Students were anxious, upset, disappointed, and scared, and were looking for guidance and answers.”

In the midst of the uncertainty, the Best & Brightest seized the day and persevered. Among the MBAs who rose above the disruption was Seidenfeld, who had been elected president of the Student Association. Rather than retreating or complaining, Seidenfeld stepped up, supplying solutions and support, demanding action and accountability. Notably, she worked to reduce visa hurdles for international students and speed up stipend disbursements to financially-struggling students. STEPPING UP WHEN MANY STEPPED BACK

“Shoshana had to tell us things that were hard for us to hear,” explains Jessica Luchenta, the assistant dean for MBA student affairs at Anderson who compares Seidenfeld’s departure to losing a co-worker. “We had to adjust to brand new ways of operating, and we didn’t always get it immediately right. Shoshana was the voice urging us to communicate more often and more transparently with students, even when the answers to questions were “We don’t know yet.”

Seidenfeld also benefited from the support of Parth Chauhan, who handled the social side of student government. His mission: find ways to keep the Anderson community cheery and connected. To that end, he organized cocktail-making classes and stand up comedy nights on Zoom. He also founded the AnderCup, a year-long inter-class Olympics where students competed in everything from kickball to volunteerism. He even hosted an online pet talent show to bring his classmates together. “For the student leaders in the Class of 2021, we know we are serving as torch passers who keep the culture and traditions of Anderson alive,” Chauhan tells P&Q. “We understand that giving our full energy towards keeping Anderson’s spirit intact is even more important during an otherwise downcast year. I am proud of the efforts I have made to keep our Anderson culture as close as possible – even if we are six feet apart.”

For the 7th consecutive year, P&Q is honoring the 100 Best & Brightest MBA graduates of the year. Like Chauhan and Seidenfeld, they were the team players, go-getters, and forces of nature who were the first to volunteer and the last to ask for credit. They led by example and finished what they started. In their wake, they made every person and every institution better off.

In January, P&Q reached out to 73 of the world’s highest-ranked business schools to participate in Best & Brightest.  Schools were free to submit a select number of nominations using any criteria or process they chose. However, they were encouraged to select candidates based on “academic prowess, extracurricular achievements, innate intangibles and potential, or unusual personal stories.” P&Q then evaluated this candidates on extracurricular involvement, personal excellence, and the insightfulness of their responses.

This year, P&Q received 239 nominations from 68 programs – with Harvard Business School again being the only top institution to decline to participate. While men roughly account for two-thirds of MBA students, they were outnumbered in the 2021 Best & Brightest by a 60-to-40 margin. That is an extension of the nominee pool, where women made up nearly 55% of the submissions. Still, it stands in stark contrast to the 2020 Best & Brightest MBAs, which achieved a 50-50 gender split. Overall, 63 MBA programs are represented on the 2021 list. Some 62 students were born in the United States, with 80 hailing from American schools. 23 members had already earned graduate degrees either before or during their stints in business school, while another 8 had served in their respective countries’ armed forces. As undergraduates, the Best & Brightest majored in a variety of fields. The largest segment – 17 students – earned degrees in business-related fields. That doesn’t count another 11 Economics majors. Engineering majors account for 9 members of the Best & Brightest, with Biology (5), Government (5), and English (4) also being well-represented. In terms of employment, three quarters of the Best & Brightest had landed a job by mid-February. Deloitte ranked as the top consumer of Best & Brightest talent, hiring 7 members from the list. McKinsey and Microsoft will employ 6 and 5 members respectively. Bain and BCG tied with 4 members, followed by Amazon landing three hires. 15 class members are still weighing offers, with the rest starting businesses, returning to military service, or finishing another graduate degree. When it comes to internships, 63% of this year’s class ultimately chose to work for the company where they spent their summer.

In business school, the Best & Brightest weren’t just spending time chasing jobs. Take Imperial College’s Joanne Long. Before business school, she founded a cryptocurrency exchange that ranked among the world’s 30-largest in just six months. As an MBA student, she was busy building an investment advice and assets management service – when she isn’t busy translating books from English to Mandarin! Impressed? Wait until you meet Joshua Young Yang, a Stanford MBA who is also pursuing a MD-Ph.D. in Biomedical Engineering at Johns Hopkins University School of Medicine. If that doesn’t sound like a busy schedule, picture his: he is also launching a biotech firm that raised $5 million dollars during its seed round this winter! With his startup, Young Yang hopes to speed up kidney disease detection. Indeed, Best & Brightest entrepreneurs are men and women on a mission. Jasmine Snead, for one, spent nearly two decades as a competitive ice skater. However, the University of Maryland MBA struggled to find gear that fit her skin color; she would even dye her tights in a bathtub before competitions to better align with her complexion. In response, Snead co-founded Aurora Tights in business school – a gender-neutral clothing firm that provides athletic wear in a variety of shades, styles and sizes. Last summer, the firm employed 10 interns, while helping Snead claim the school’s Entrepreneur of the Year award. At the same time, Wharton’s James Clinton Francis is building the Chicken Haus, which he describes as a “fast casual, bone-in fried chicken restaurant concept” designed to help reduce inequalities in the food space.

“My family is descended from enslaved Africans who, after gaining freedom, built small farms across the American South, only to be threatened with violence, chased from their homes, and forced to migrate to Midwestern and Northern cities. While their quality of life was marginally better, many of my relatives ended up cooking in homes and institutions that didn’t accept them because of their race. When I reflect on the myriad injustices of the current food system—and how many of the same issues of land ownership, fair wages, and cultural appropriation and stereotype my family faced persist among recent immigrants and working people of all races—I feel compelled to do something about it.”